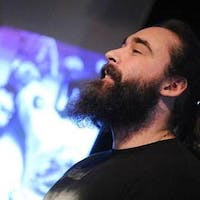 Landing page is the most exciting business encountered in daily development. Maybe you worked hard to make a set of ui skin, but in the end it was buried in thousands of similar works. It looks so rigid that it won't attract attention

If you are using react or vuejs framework, then better. You can use this library, a single line of code can make your website change instantly.

Beginners can use it with only a few parameters.

Hope your website will be discoverable among the public